Or Why Connecting People Can Save Our World

The following article is a collaboration piece written by three environmental advocates, from North America, South America and Europe.

Astronomer Carl Sagan is often credited with making the study of our universe cool. Through books, lectures and an award-winning TV show, Sagan talked to us about the cosmos, our ever-expanding universe, and the role we as humans owe as stewards of Planet Earth, our home.

In his book Cosmos, Sagan gave us an ultimatum: “If we are to survive, our loyalties must be broadened further, to include the whole human community, the entire planet Earth.” Further on he writes, “We have a choice. We can enhance life and come to know the universe that made us, or we can squander our 15 billion-year heritage in meaningless self-destruction.”

Sagan’s work inspired a generation of people. Unfortunately, we are still in the same social and ecological mess as when Cosmos first aired back in 1980. The current COVID-19 pandemic is just the beginning of the global tests we will face in the future.

In a world increasingly thrown off balance, on fire or flooding, facing drought and disease and massive injustices, spinning through yet another mass extinction event, what can we do? Aside from reconnecting with each other and healing the deepest divisions we have created, our overall task is to broaden our loyalties further than they’ve ever gone. So, how can we continue expanding our understanding of what it means to be part of a global community?

It’s not just about empathy. Much has already been written on that topic. Yes, we should care for others, even if they aren’t part of our own tribe. But more importantly, we need to work with them.

This article introduces the concept of Cosmic Networking as a strategy we think is worth checking out. How the phrase came about– and how we can test to see if it matters in the long run– is the subject of the following proposal. 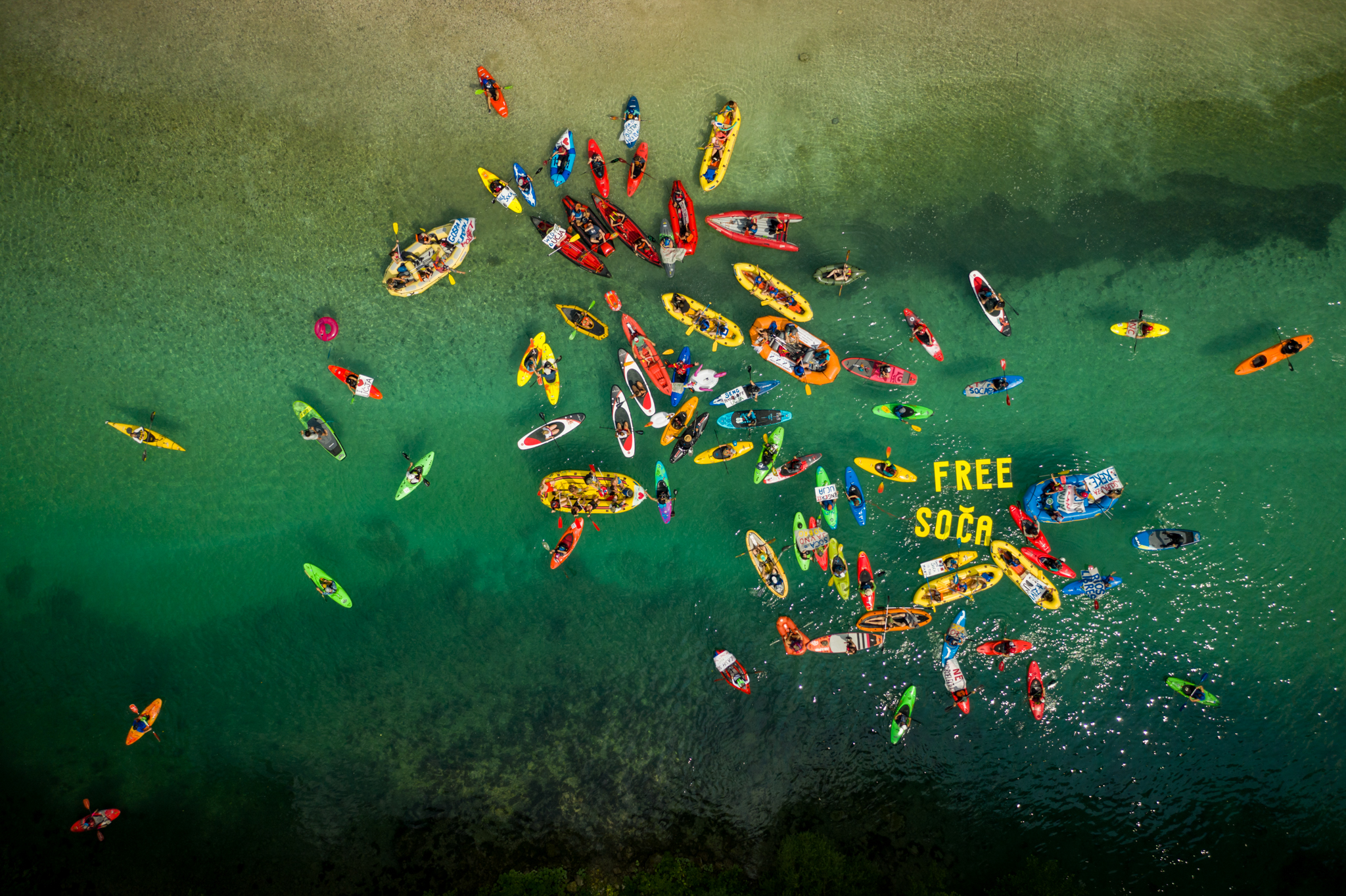 Flotilla for the celebration of a free-flowing Soča River during the 4th Balkan Rivers Tour and the 1st Students for Rivers Camp, where the authors drank their first beer together. Photo by Katja Pokorn

Networking in the Cosmos

Cosmic Networking recognizes each of us is small, insignificant, and individually imperfect. Our best chance in making a better world is by joining forces, whether we know each other or speak the same language or not. It is community-building at the ‘larger universe’ level.

Think about the last time you had a really valuable contact, perhaps for a job or a project. Perhaps you found yourself thinking “this is mine; if I share it with someone else I may lose the job opportunity.” But by claiming ownership over your contact, you miss out on the collaboration you could achieve. Cosmic Networking proposes you can achieve much more by sharing contacts than working by yourself.

Cosmic Networking is not a hard rule. There is no Law of Cosmic Networking (as cool as that sounds). Instead, think of it as a code each person can follow to maximize your contribution to the world, whether now or in the future. It’s a way to see the world not as one of competition and struggle, but one of collaboration and mutual aid. Perhaps nowhere is this concept more important than in building social movements for change.

Cosmic Networking is about sharing values to come up with the best solutions, rather than starting with an envisioned result. Looking at environmental movements, it could mean finding people who love rivers (a value), rather than people who want to stop dams (an action). Shared values then open up the movement to evaluating many actions that work in tandem over time. Campaigns to stop a dam could be one action. Another action might be partnering with pro bono lawyers to draft legislation that protects wild and scenic rivers, or building out research partnerships to put better science into the hands of local communities. It may mean tapping into humanity’s creativity and thirst for stories by carrying out expeditions, producing films, launching magazines, or writing articles that shift the narrative on what rivers mean. Each of these actions is fine on its own– we have tried them all– but shit happens. People run out of steam. Dams get built. Film projects don’t reach as wide an audience. One reason we think Cosmic Networking has staying power is that it works based on common beliefs, rather than envisioned results. Failure to achieve a particular action does not extinguish the belief. And if we’ve shared the values it won’t matter if some people pack up and move on. If all three of us were to quit caring tomorrow, value-sharing would still continue throughout the Cosmos. 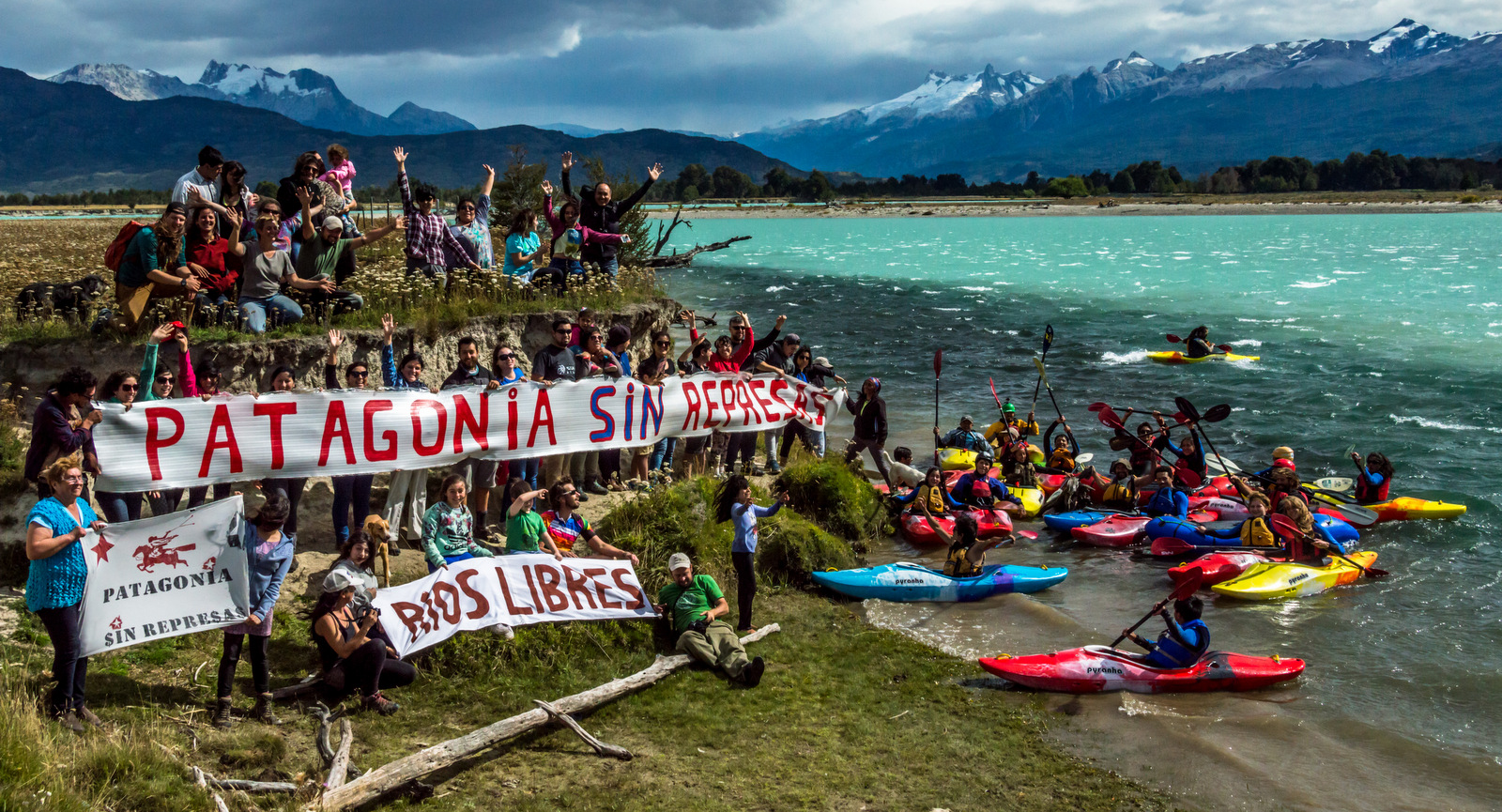 Challenging society’s values cuts to the core of our social systems. New ideas, even when backed by science, may not get the chance to expand without a network to support them. When biologist Rachel Carson became the first person to prove toxic harms caused by the Industrial Revolution and published her book Silent Spring, she was attacked and vilified. The chemical companies responsible for poisoning people and wildlife attempted to discredit her, rather than change. But Carson and close friends like Shirley Ann Briggs, an artist and editor of the Audubon Naturalist Society, fought back. Armed with both knowledge and networks, they not only defended Carson’s work but inspired a grassroots environmental movement that led to the creation of the U.S. Environmental Protection Agency. Without the networks they had built up around the country, it’s possible Carson’s science would never have shifted public opinion. When Carson succumbed to cancer, Briggs continued her work of expanding knowledge about environmental harms.

Building coalitions that cross traditional barriers is dangerous. Coalition-building poses a threat to group identities and the status quo. When Berta Cáceres successfully organized both indigenous and non-native communities to oppose large dams in Honduras, she was attacked and died. Cáceres lost her life not because of her stance against hydropower, but because the coalitions she inspired were a threat. Stopping a dam is one thing; stopping a belief that human progress depends on continued expansion of power capacity is a totally different beast.

Throughout history we can identify countless Cosmic Networkers, people who inspire and connect. Take for example Alexander von Humboldt, a German naturalist who dedicated his life to the exploration of nature. Humboldt was one of those people who immediately grasped the potential of those around him, botanists, geologists, zoologists, etc. He would write letters of recommendation for young scientists looking for support for their research and connect them with other renowned scientists. Humboldt wasn’t afraid of giving away his most precious value: contacts. He even went to the extent of funding expeditions with his own money while on the verge of bankruptcy (several times). This great naturalist wrote a series of monumental works about nature, some of his best. What did he call it? Cosmos.

One of Humboldt’s fascinating diagrams representing the cosmos as well as the earth. More of them can be found here.

Networking for The Planet

Many questions remain, and necessary critiques. Connecting people to no end can be a waste of time and energy. How do we measure impact? How many of the connected people end up actually doing something together? How can anyone manage such a big network? The end result may grow so large it generates confusion or appear random, with no real plan or purpose.

It is hard to assess the future impact of connections being made in the present. When Carl Sagan invited a young kid named Neil to his lab and spent a whole day talking about stars and galaxies, he had no idea that kid would follow in his footsteps. Decades later, an exuberant Neil DeGrasse Tyson would show us, one more time, the wonders of the Cosmos.

Ultimately, the need for Cosmic Networking stems from realizing we are on this exuberant blue dot of a planet. Our natural systems have limits to how much clean water they can circulate. Our climate has limits beyond which species including our own will go extinct. Our ability to empathize with other life, even within our own species, has limits. And our own human lifespans have limits. Faced with limited time and resources, how can we build coalitions that strengthen over time? How can we ensure the work continues despite whatever happens to individual members?

More questions than answers remain. Nevertheless, by connecting with others, sharing our knowledge, and building camaraderie over the issues we care about, we are taking one step further. We are planting what we’ve learned in more fertile soil, giving it a chance to be nurtured by others and expanded upon. Be it protecting public goods, putting the brakes on endless accumulation, or promoting socio-environmental responsibility and mutual support between humans and other species, our values are out there in the Cosmos, being shared.

As more and more people join the movements they care about and get to work, the importance of our own lives relative to the ideas we create and share will diminish. This is a good thing. We should ask ourselves, not “what can my planet do for me?” but rather, “What can we do for our planet?” By shifting our focus towards collaboration and becoming our best Cosmic Networkers, we can build a different future built on mutual support between Homo sapiens sapiens and the rest of the life hitchhiking across the galaxy together. 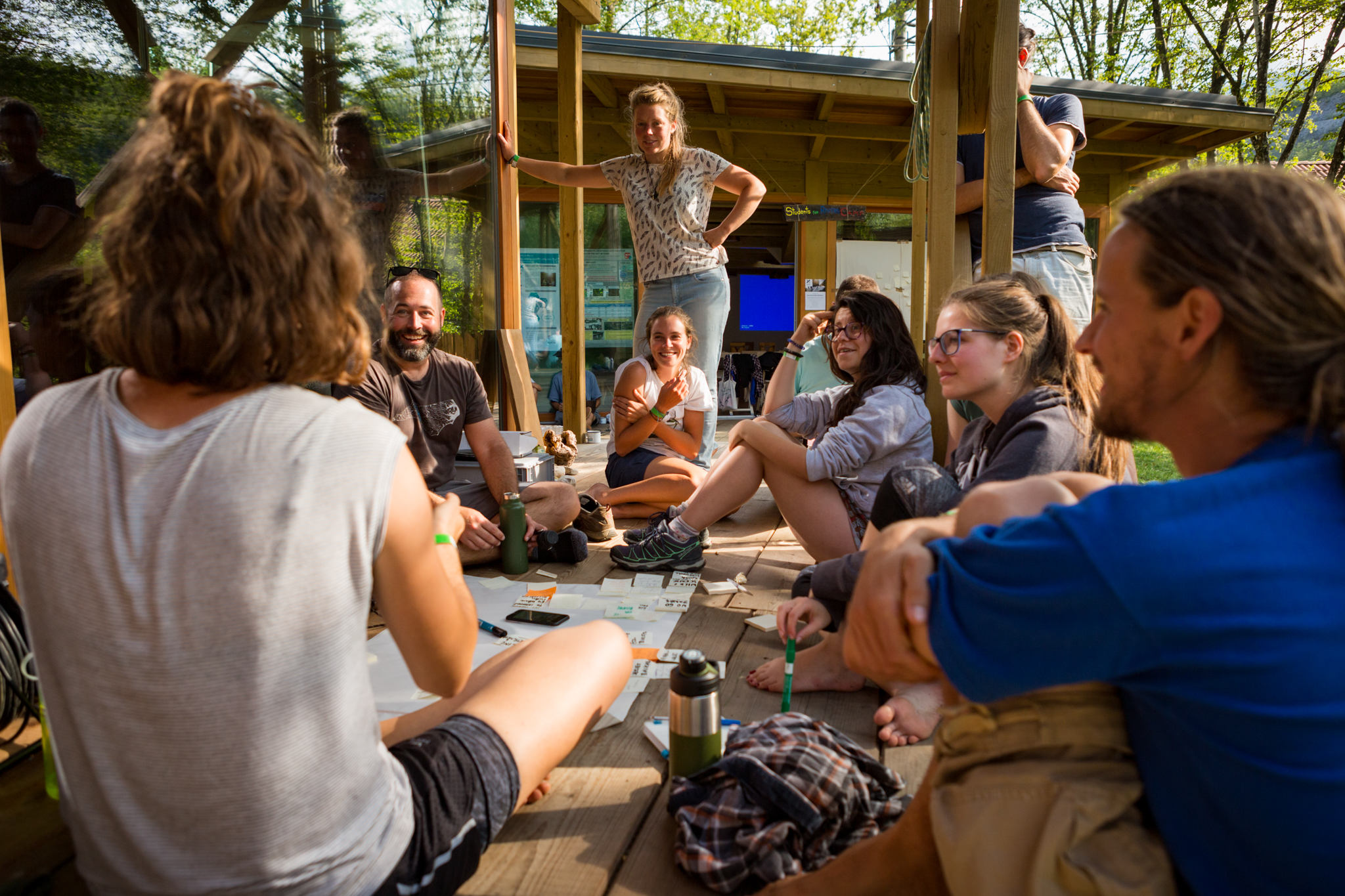 The start of new collaborations that have the value for free-flowing rivers as a starting point during the Students for Rivers Camp in Slovenia 2019.  – Photo by Katja Pokorn

Investigating morphological quality and dynamics of the Vjosa River in Albania

Small-scale hydropower through the eyes of Albanian communities

BRT4 in Bulgaria: the Kresna Gorge issue and the impressive Bulgarian ‘river intelligence’

This website uses cookies to improve your experience while you navigate through the website. Out of these cookies, the cookies that are categorized as necessary are stored on your browser as they are as essential for the working of basic functionalities of the website. We also use third-party cookies that help us analyze and understand how you use this website. These cookies will be stored in your browser only with your consent. You also have the option to opt-out of these cookies. But opting out of some of these cookies may have an effect on your browsing experience.
Necessary Always Enabled
Necessary cookies are absolutely essential for the website to function properly. This category only includes cookies that ensures basic functionalities and security features of the website. These cookies do not store any personal information.
Non-necessary
Any cookies that may not be particularly necessary for the website to function and is used specifically to collect user personal data via analytics, ads, other embedded contents are termed as non-necessary cookies. It is mandatory to procure user consent prior to running these cookies on your website.
SAVE & ACCEPT