“Act local, think global” became the reality of the 2020 Students for Rivers Camp. Although planned to take place in the Lim Valley in Montenegro, we had to adapt to the current situation and got creative by bringing the Students for Rivers Camp to everyone’s living room and local community. Here, we would like to look back at an inspiring week that brought together river lovers from all corners of the world to discuss, learn, and explore ways to put knowledge into action for their free-flowing and healthy rivers.

The week consisted of several modules, taking place either online or organized locally. The activities that were organized locally were called “Do It Yourself” (DIY) events. Everyone was invited to either immerse themselves in the full program or select a few events in which to participate.

Almost 100 people registered from 35 different countries, which shows that people around the world are hungry to protect their free-flowing, healthy rivers

The week kicked off with an offline game night. A new printable version of  ‘The Valley’, a role-playing game developed by Kasper Sluiter with the River Collective, was made public. By playing with friends and colleagues, participants could experience what role corruption plays in the development of hydropower in an imaginary valley.

The feedback from the game night will be used to further develop the game. We believe this game is a great way to start a discussion on the role that the socio-economical context and corruption play in the development of hydropower. 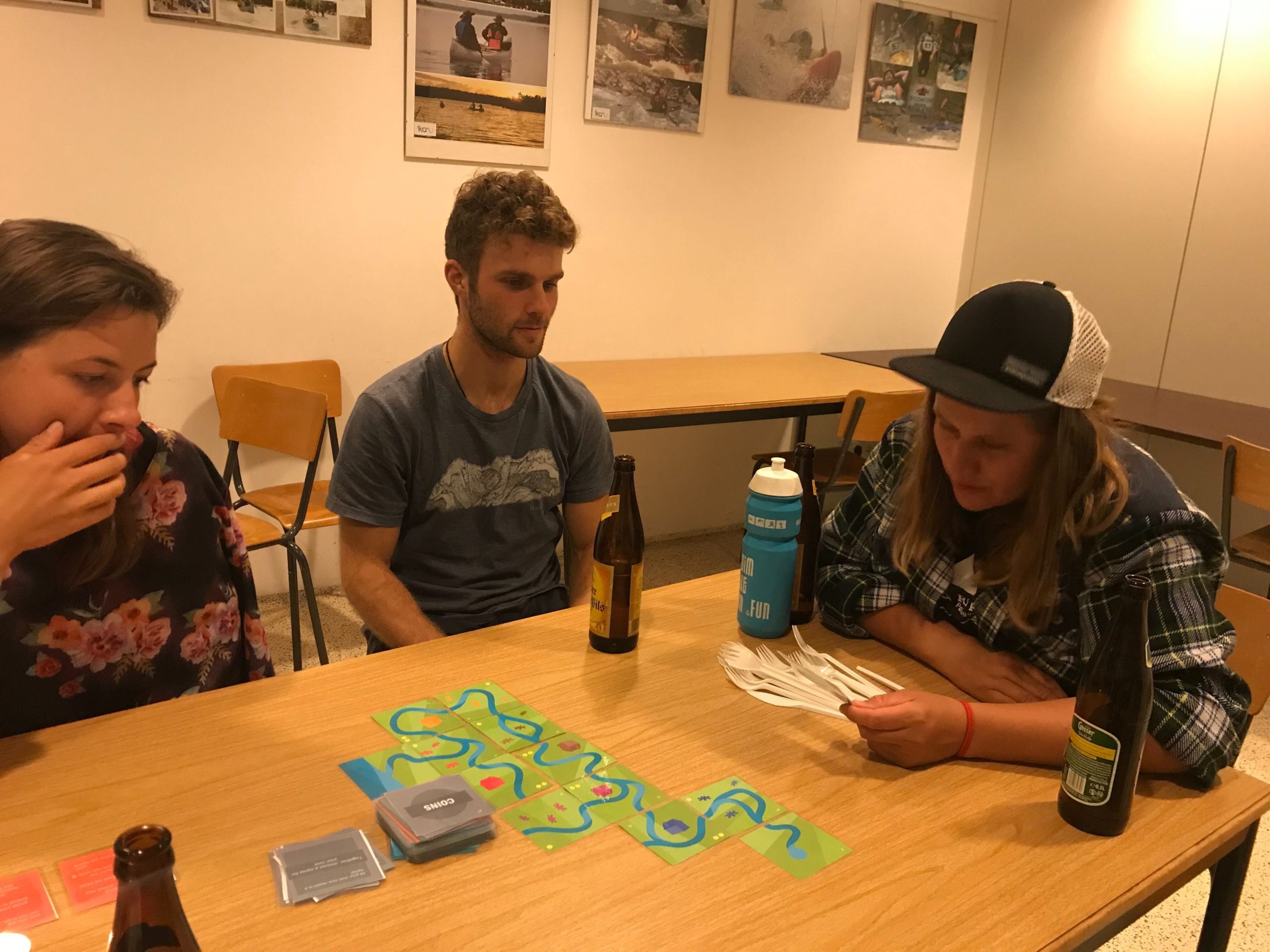 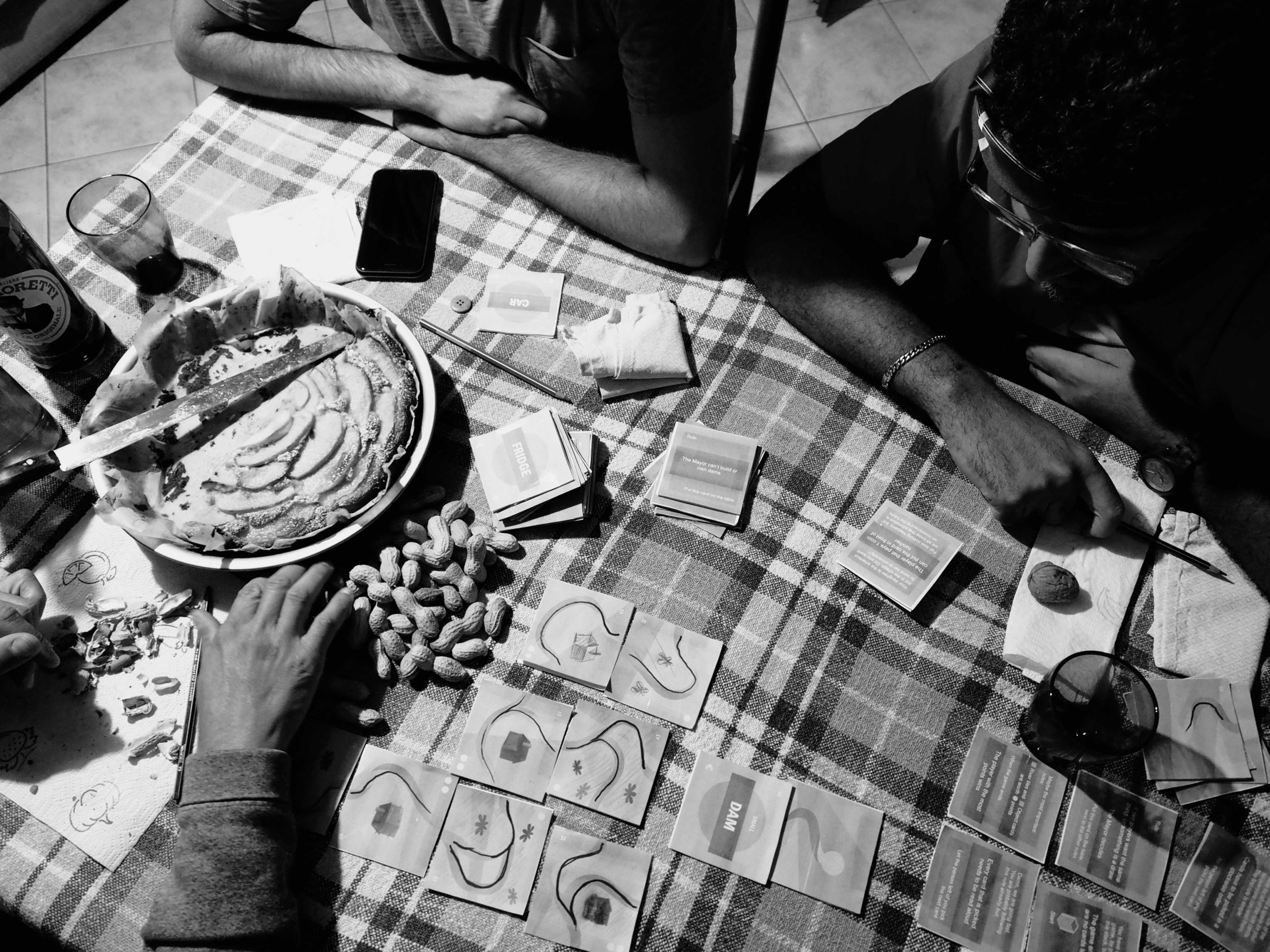 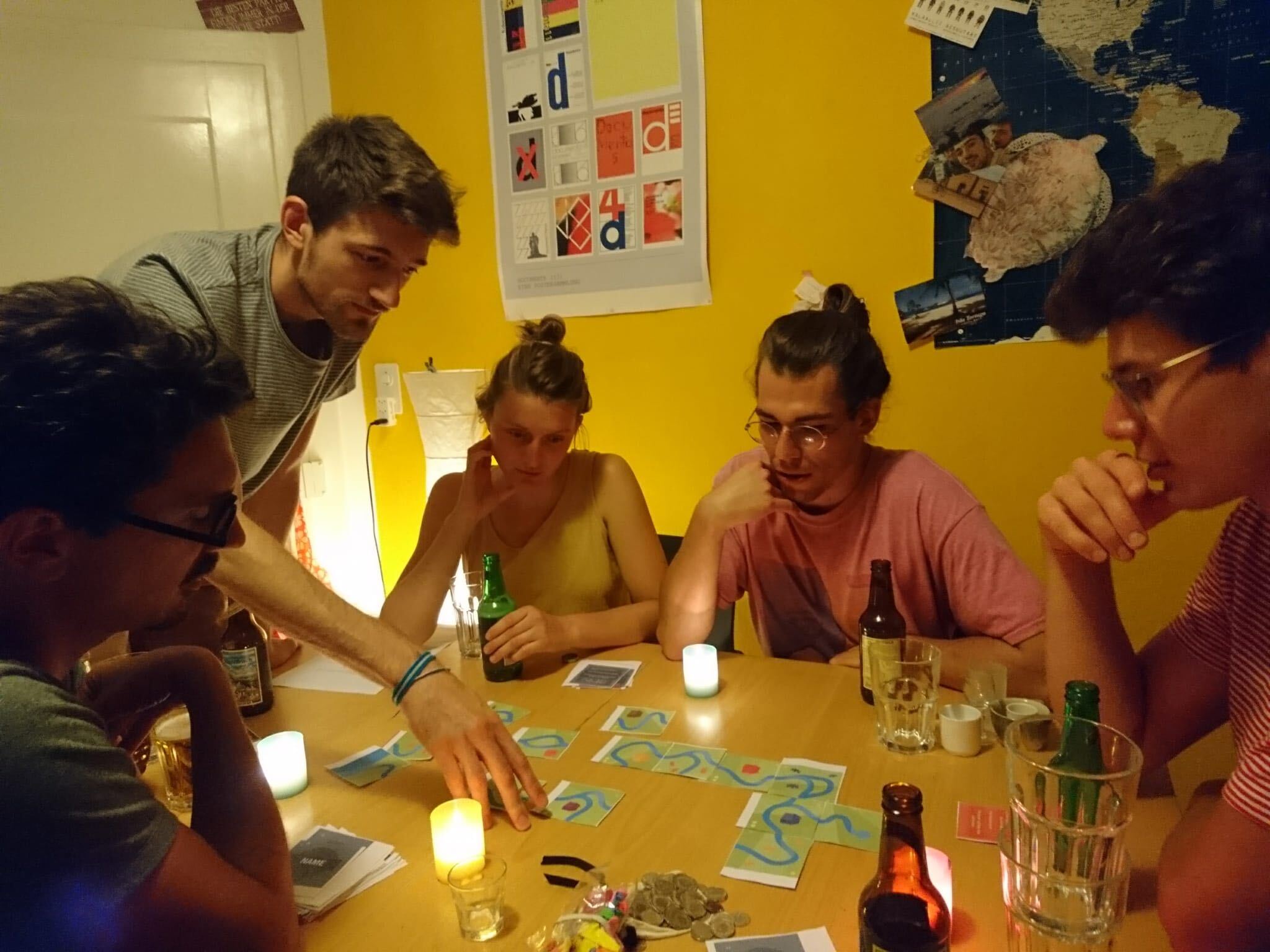 The Valley, played in Innsbruck, Trento and Zürich.

Rivers are threatened around the world. Going online meant we were able to embrace people worldwide and explore wild and threatened rivers at a global scale. However, the focus of the camp remained on Montenegro, and particularly on the Lim River. This is where the camp was originally meant to take place in order to help raise awareness of the issues in this region and support the local river fighters.

In this introductory session, we focused on river conservation in Montenegro from a socio-political context to better understand its history and heritage, its relationship with nature, its current challenges, and its potential future paths.

Following the theme from the game night on the first evening of the camp, the session concluded with a panel discussion where experts, researchers and local community members of the Lim valley discussed their experiences regarding corruption and hydropower development.

If you missed the session, you can view it here.

Together with the anthropologist Monica Vasile we watched “Wolves at the Border” (from Martin Páv), a documentary that follows various stakeholders and the emotional discussion around the reintroduction of wolves in Poland. It captured the distance that can exist between people that see the issues from different perspectives and how seldom people are open to other opinions. The film functioned as a mirror to us river lovers, allowing us to draw parallels with the world of river conservation and making us aware of the huge challenge that lies in open dialogue.

On Wednesday, it was time to combine knowledge and stories in two participatory online workshops. Here, students were challenged to move out of the conventional box of methodologies and research their rivers and environment from a different perspective.

In the “River Anthology” workshop, participants were given the task to research stories about their rivers and to present them to each other. The online format allowed us to have a peek into stories and myths about rivers from all over the world: India, Indonesia, Peru, USA, Germany, and the Netherlands. It was a great way to learn about the historical and cultural values of rivers and their meaning to individuals.

In the “Ecopolitical Mapping” workshop, participants were hands-on and drawing their knowledge and perception about ecosystems, wildlife, and threats to nature on a map of Europe. This workshop was part of a series of workshops, together contributing to a beautiful graphical representation of Europe’s multispecies resistance. You can see the Storymap created in ArcGIS from the first two workshops here. 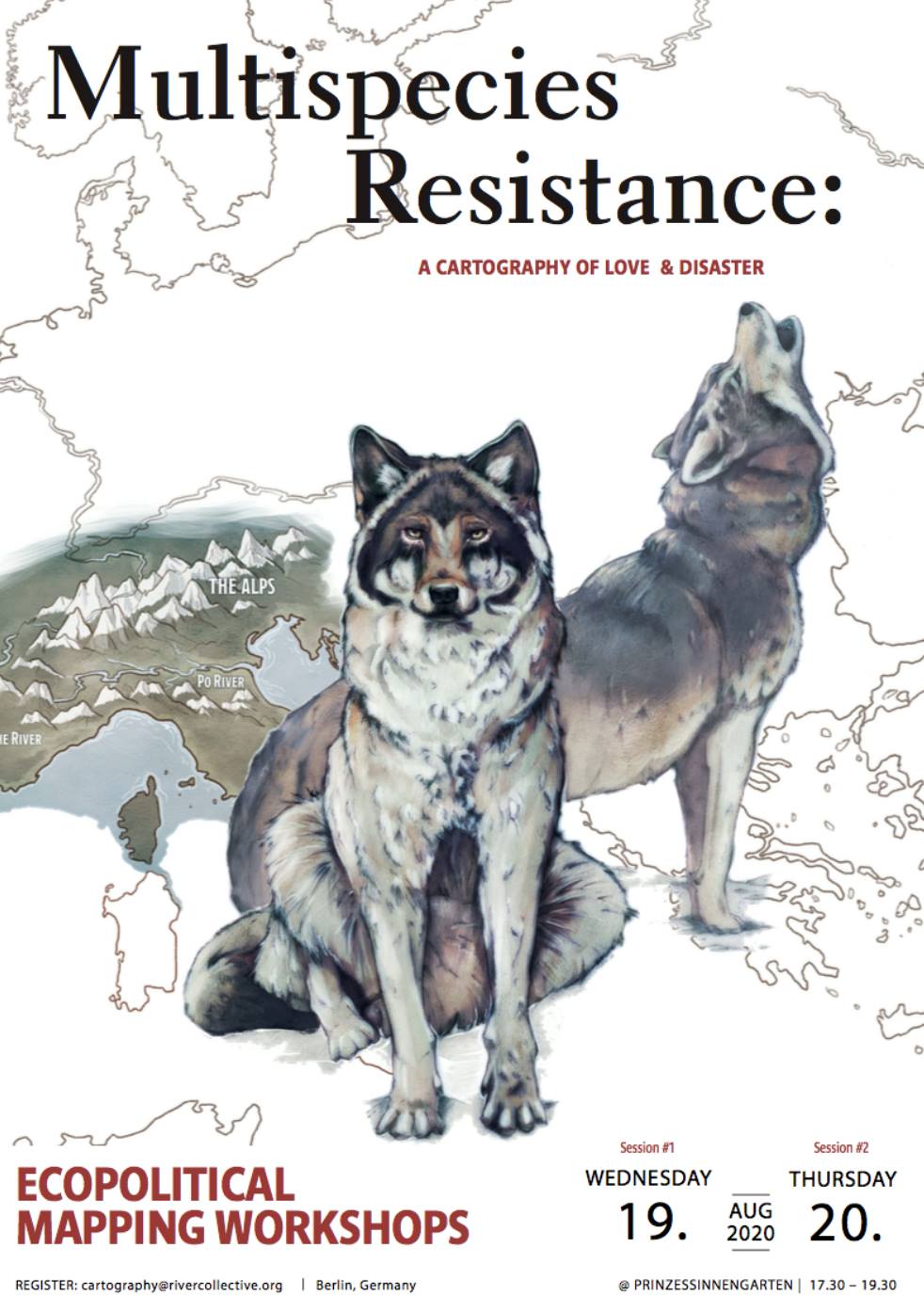 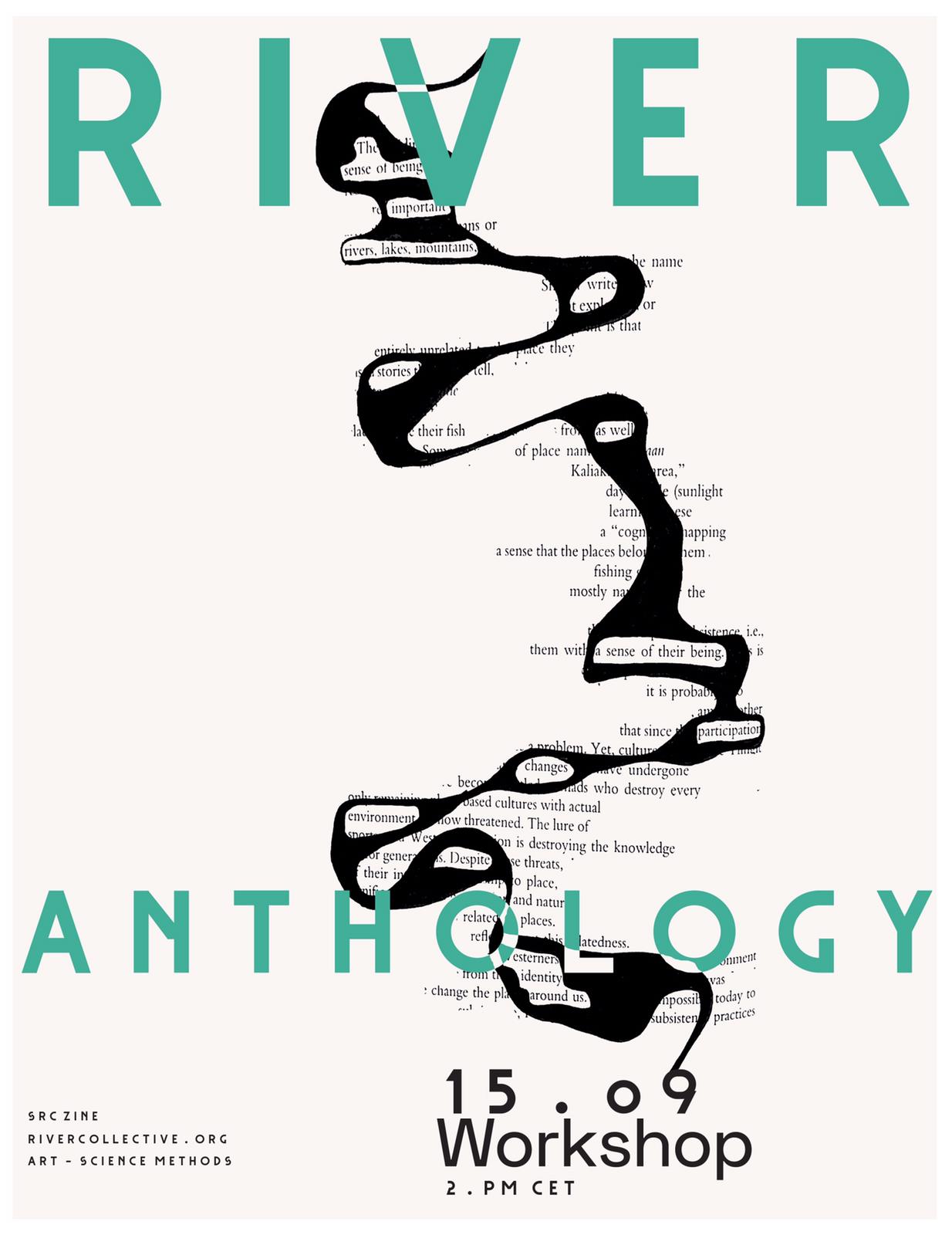 The announcement posters for both workshops.

Films are a fantastic way to explore various perspectives of river conservation. With the help of Tobias Schäfer, the organizer of the River Film Fest, we assembled a list of documentaries that tell stories of rivers and their inhabitants. The participants had their own ways of organising the DIY Movie Night: from cozy living rooms to outdoor screenings at kayak clubs. This event proved to be a great way to bring like-minded people together close to home and start conversations about what can be done to protect their home rivers. The list is still online so feel free to watch any of the films you’ve missed so far! 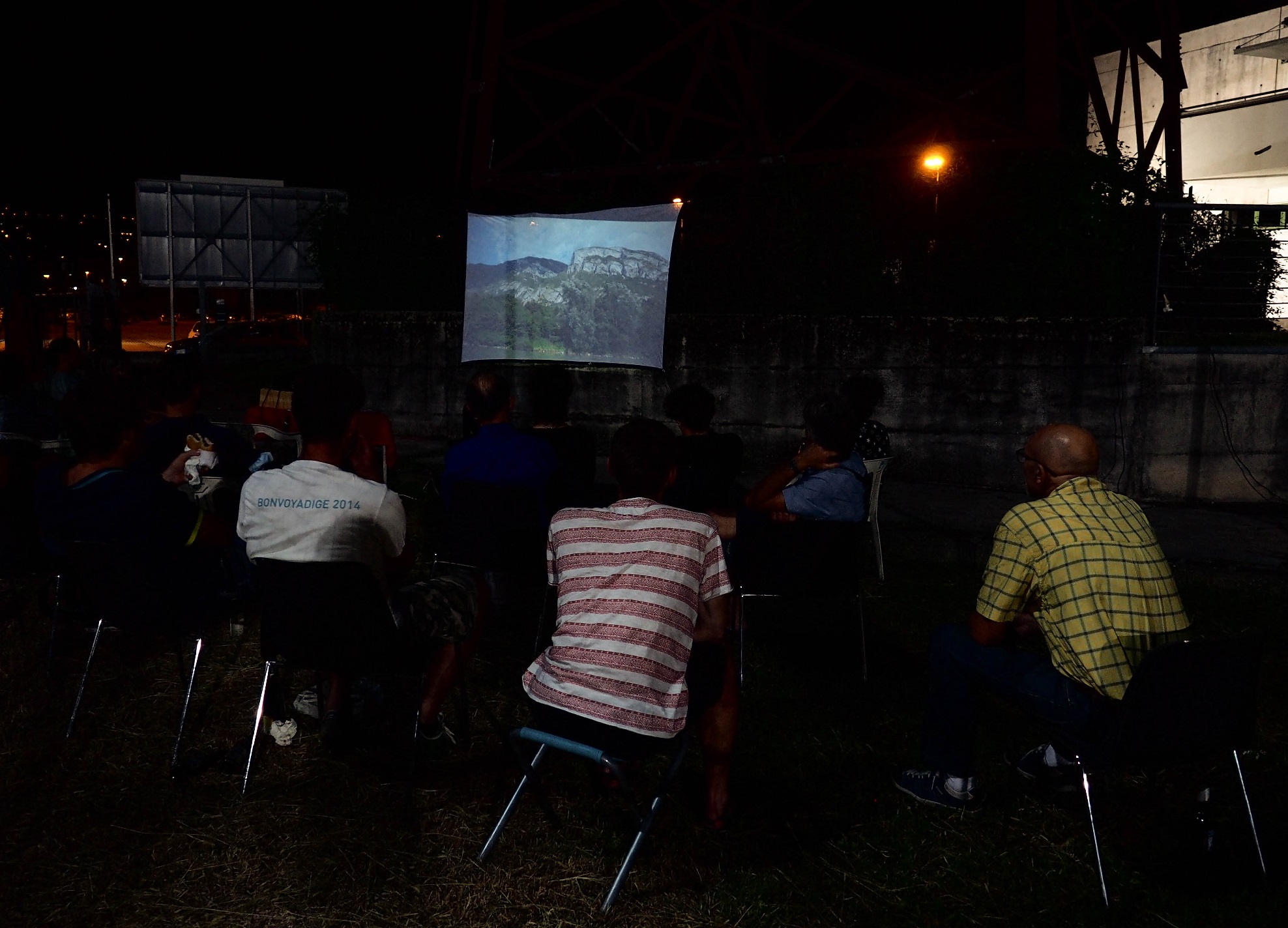 A movie night under the stars in Trento, Italy, organised at the local kayak club.

Equipped with three short videos, students were encouraged to explore their home rivers with new eyes. By applying different “lenses,” short exercises were given to engage with the river using a scientific, artistic, and spiritual perspective.

After all the inspiration of the previous days, it was time to fully immerse ourselves into creative thinking and put knowledge into action. Together with a motivated group of students, we brainstormed ideas following two themes: “Keep rivers free-flowing” and “Celebrate rivers.” The first theme focused on supporting the fight to protect free-flowing rivers, whereas the second focused on allowing more people to love and celebrate rivers. After an initial brainstorming session, in which many amazing and out-of-the-box ideas were brought to the table, the more promising ones were further discussed in the afternoon. At night, three project ideas were pitched to a wider audience, that included professors, experts, river lovers, and river defenders. 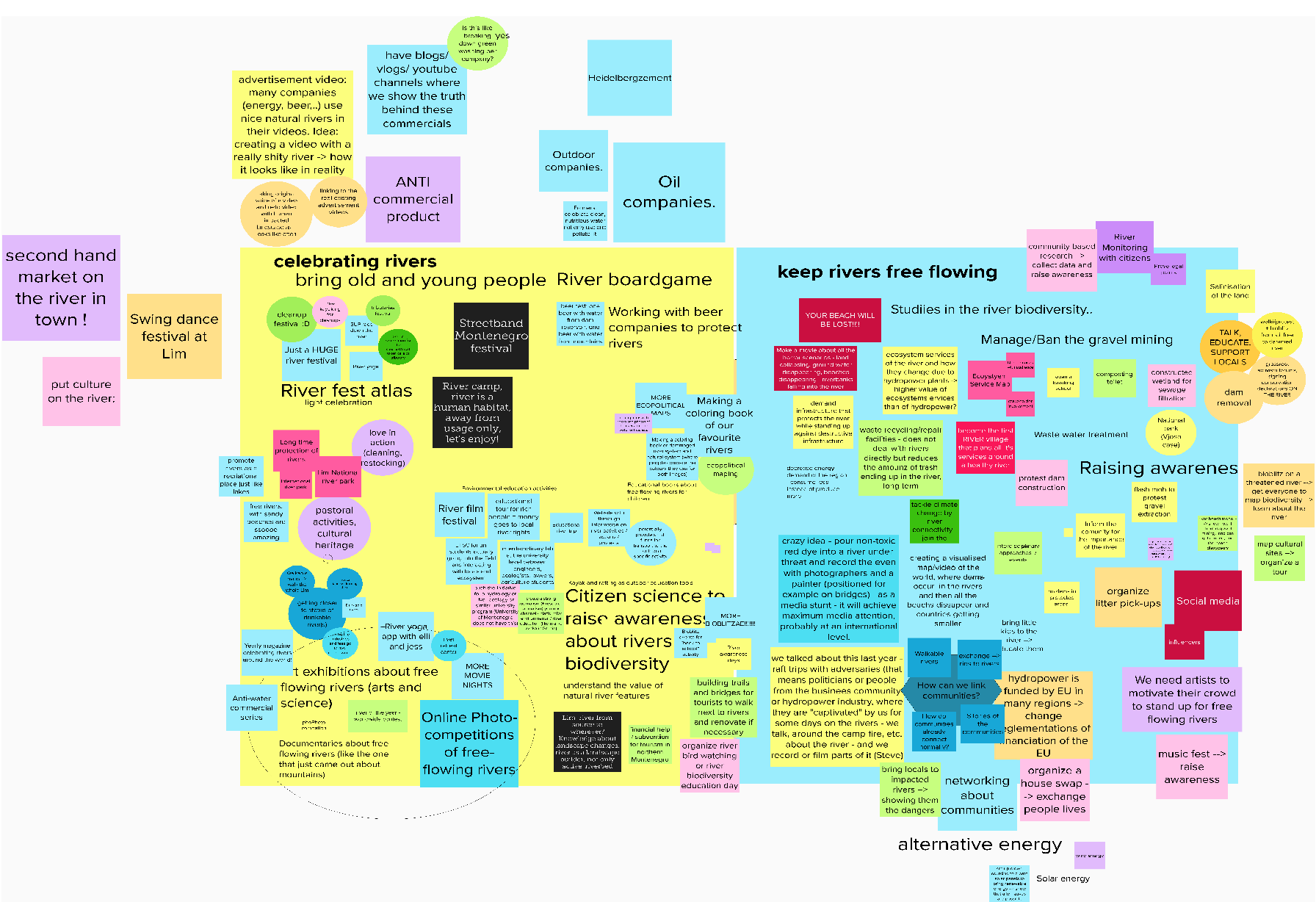 While this day was about great ideas, over winter the students will continue working towards developing them into actionable projects. The projects will be piloted at the Lim river, during the locally organised Lim Regatta which takes place every spring. We cannot wait to finally meet in-person and celebrate the Lim river together with the local community. Do you like to join in with an idea? Find out how to get involved here!

To conclude the week, we invited the students to organise their own Home River Bioblitz. This gave the participants the chance to learn about the opportunities and challenges of citizen science, while engaging their local communities and being part of a global event. The video below is a recap of this day, in which over 400 people went out to explore their home rivers in 46 locations around the world. Together, we managed to log over 5000 observations to the iNaturalist database. A recap video can be seen below.

We truly hope that next year we can organise a Students for Rivers Camp in-person again. But we are excited to keep this discussion going, therefore we will continue to offer online panel discussions, movie nights, and workshops throughout the year as a means to connect and learn from people from all corners of the world.

Thanks again to all the people that were part of this week and contributed their time, knowledge and experiences.

Investigating morphological quality and dynamics of the Vjosa River in Albania

Small-scale hydropower through the eyes of Albanian communities

BRT4 in Bulgaria: the Kresna Gorge issue and the impressive Bulgarian ‘river intelligence’

This website uses cookies to improve your experience while you navigate through the website. Out of these cookies, the cookies that are categorized as necessary are stored on your browser as they are as essential for the working of basic functionalities of the website. We also use third-party cookies that help us analyze and understand how you use this website. These cookies will be stored in your browser only with your consent. You also have the option to opt-out of these cookies. But opting out of some of these cookies may have an effect on your browsing experience.
Necessary Always Enabled
Necessary cookies are absolutely essential for the website to function properly. This category only includes cookies that ensures basic functionalities and security features of the website. These cookies do not store any personal information.
Non-necessary
Any cookies that may not be particularly necessary for the website to function and is used specifically to collect user personal data via analytics, ads, other embedded contents are termed as non-necessary cookies. It is mandatory to procure user consent prior to running these cookies on your website.
SAVE & ACCEPT